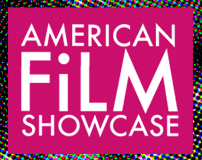 AFS is a partnership between the Department of State’s Bureau of Educational and Cultural Affairs and USC’s School of Cinematic Arts. Learn more here.