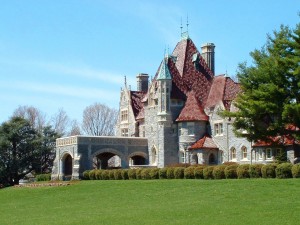 The movie, Father’s Kingdom, is the story of Father Divine, a charismatic and controversial character. His early life is veiled in obscurity.  He built a church with over a million followers. He evolved his own unique theology — the power of positive thinking. During the depths of the Great Depression, he fed thousands every day. He was an early voice for racial and gender equality. He operated over 70 businesses and hotels, creating thousands of jobs. He created dozens of racially integrated communities. He controlled vast wealth, but never accepted personal compensation. His detractors called him a fraud, but believers called him … God.

This is his story.