The Art of the Steal 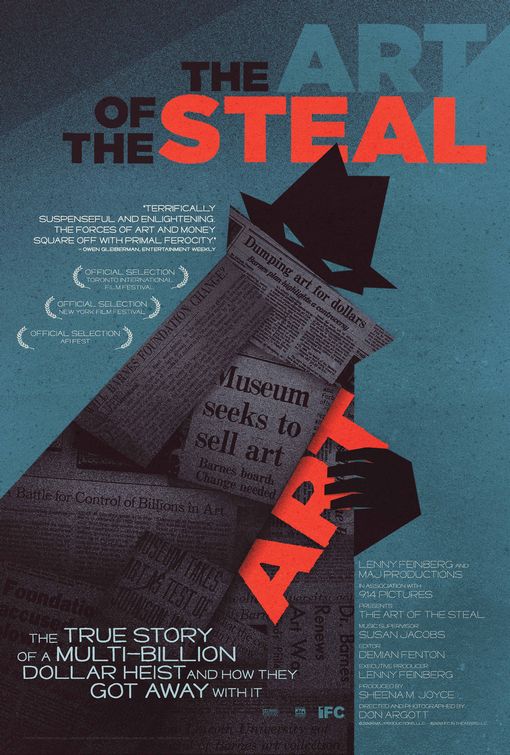 About The Art of the Steal

An un-missable look at one of the art world’s most fascinating controversies and a celebrated selection of the Toronto, New York and AFI Film Festivals, Don Argott’s gripping documentary THE ART OF THE STEAL chronicles the long and dramatic struggle for control of the Barnes Foundation, a private collection of art valued at more than $25 billion.

In 1922, Dr. Albert C. Barnes formed a remarkable educational institution around his priceless collection of art, located just five miles outside of Philadelphia. Now, more than 50 years after Barnes’ death, a powerful group of moneyed interests have gone to court for control of the art, and intend to bring it to a new museum in Philadelphia. Standing in their way is a group of Barnes’ former students and his will, which contains strict instructions stating the Foundation should always be an educational institution, and that the paintings may never be removed. Will they succeed, or will a man’s will be broken and one of America’s greatest cultural monuments be destroyed?

Deeply reported and enormously entertaining… Throughout, Barnes’ own restless spirit seems to hover, wondering if it is still possible for the will of one man to triumph over the fearsome machinations of money and power.
Scott Foundas, LA Weekly
ENGROSSING…A totally absorbing story about the exploitation of art and the thorny entanglement of culture, capitalism, and politics.
Anthony Kaufman, indieWIRE
A terrifically suspenseful and enlightening art-world documentary in which the forces of art and money square off with primal ferocity.
Owen Gleiberman, Entertainment Weekly
A riveting — and tragic — documentary… It’s a classic story of destroying the village in order to save it.
Christopher Knight, The Los Angeles Times
A PASSIONATE TELLING OF A STORY…told like a crime thriller and riveting throught out.
Moira Macdonald, The Seattle Times